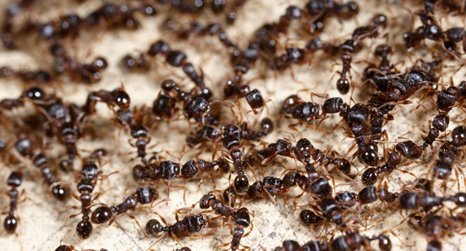 How to Identify Ants

How Problematic are Ants? 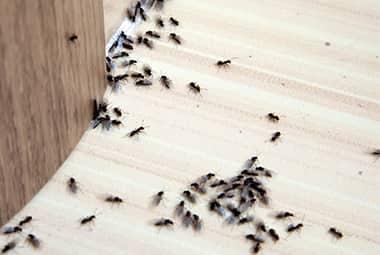 In most ants species, males remain winged throughout life, and females are winged until after mating. Certain wingless females, called workers, are usually barren. The fertilized female becomes the queen of the community, with the sole function of laying eggs. The males die after mating, and the work of the community is largely done by the workers, which also care for the young. The nest of many species commonly consist of chamber and galleries excavated under stones or logs or underground; some species construct their nests in mounds of earth and vegetable matter or in decayed trees. The ant family contains more than 4500 described species, widely distributed in temperate

Ants are generally omnivorous, some species, however, eat only certain specialised foods. Most ants build some sort of nest and store food there. A few species of ants have developed highly specialized agricultural or pastoral habits. Pogonomyrmex molefacients of texas frequents held of grass, harvesting and storing the grass seeds some species of the widely distributed harvester ants, which gather grain for food, have developed specialized workers, sometimes called soldiers, with enlarged jaws, and these soldiers do virtually nothing but crack the seeds for the other ants to eat.

Some ants, capable of learning to find their way through fairly complex mazes, and they normally utilize this ability in establishing individual foraging routes from nest. The learning capacity of ants is rigidly limited, however is stereotyped and restricted. The complexities of ants organization that seem so remarkable to humans are actually a series of simple cues and responses.

At Select Pest & Termite Control, we make use of the best registered solutions on the industry. Our specialists are trained and certified for treating pest ants with eco friendly solutions which won’t harm you, your family, and your property.